For decades the official narrative has stated that we cannot find intelligent life on other planets, and now suddenly, in the past week, several news sites, including CBS, CNN, Forbes, and Space, have covered a study by scientists at the University of Nottingham which says that there ‘could be’ not one, but *36* communicating intelligent civilizations in our Milky Way Galaxy.

What is really going on here? Is the media priming the public for something? Are they intentionally planting the idea of potential alien life for what’s coming next? Is the narrative changing? If so, why?

It will be interesting to keep an eye on this in the coming weeks, as certain world leaders may just need to create some big distractions from the virus pandemic, the crashed economy, and the racial protests.

Is this my overactive imagination, or do you sense this possibility also?

You might also like to read my previous posts, “What Is Going On Here?” and “Which Tribe Do You Belong To?”

If there are intelligent beings on other planets, I hope they are benevolent, and if we ever meet them, I pray they can activate the Highest Love Vibrations in the human species. We sure could use some help right about now!

May the human tribe awaken to love and compassion. May the Force be with us all.

With curiosity and love-sparks,
StarFire Teja

Image by lumina_obscura on Pixabay. 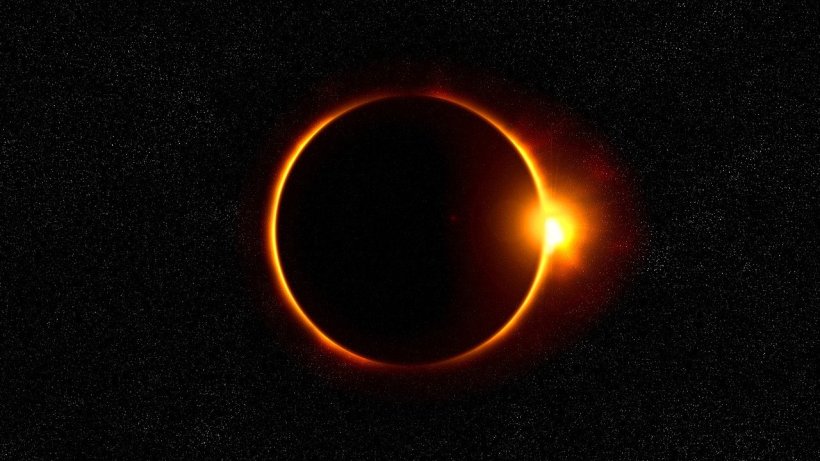 Did you know that it ‘rains’ on our brightest Star, our beloved Sun…

According to this EarthSky article, “Rain takes different forms on the planets and moons of our solar system. But it also “rains” on the sun, as electrified gas drips from giant magnetic loops in the sun’s outer atmosphere.” ~ As demonstrated in this Gif:

The ancient Indian hymn to the Light, called the Gayatri Mantra, is beautiful to remember at this time, especially with so much darkness and chaos swirling around our planet. I came across this translation years ago, and unfortunately I don’t know who wrote it, but I think it’s a timely prayer for our human tribe:

O Light that has given birth to all the lokas (spheres of consciousness), who appears through the orbit of the Sun, illumine our intellect.

The Sun shines equally on everyone and everything. May we activate love, compassion, and justice for all, by the example of our radiant Sun-Star!

For those in the Northern Hemisphere, Happy Summer Solstice today!

With so much love for the Sun,
StarFire Teja

Photo by Buddy_Nath on Pixabay. 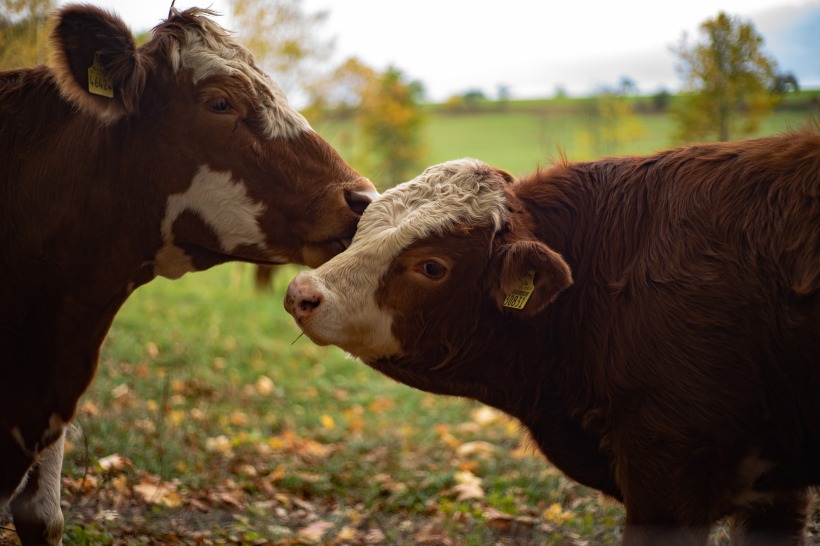 When you look at this photo* do you feel the love?

As I gaze at these lovely beings, I feel such deep love and affection between them.

And, I feel sadness about the tags in their ears. As I wrote in my post “Spread the Hope!” I *hope* I live to see the day that the cows go free… I have felt this deep love for the cows, and all beings, for many years…

In 2005 I began a daily sitting meditation practice, and after a short time, I suddenly *knew* that I could no longer eat meat. At that time, I did not know that the other animal products (such as cheese, yogurt, cream, butter, ghee, honey, and eggs) cause just as much suffering for the animals, so it wasn’t until 2009 that I shifted from being vegetarian to vegan.

Understanding the suffering that is caused by eating animal products activates a level of compassion that brings both love and sorrow. Once I understood the suffering, there was no going back. The hardest part for me was giving up cheese, but after I meditated on the suffering of the cows, it was easy to let it go… And, surprisingly, in my 10+ years vegan, I have not missed cheese, not even one time!

* Photo by Leuchtturm81 on Pixabay.

*If you are viewing this post in an email, simply click on the title of the article and you will be taken to the StarFire Teja Blog where you can see the lovely cows. 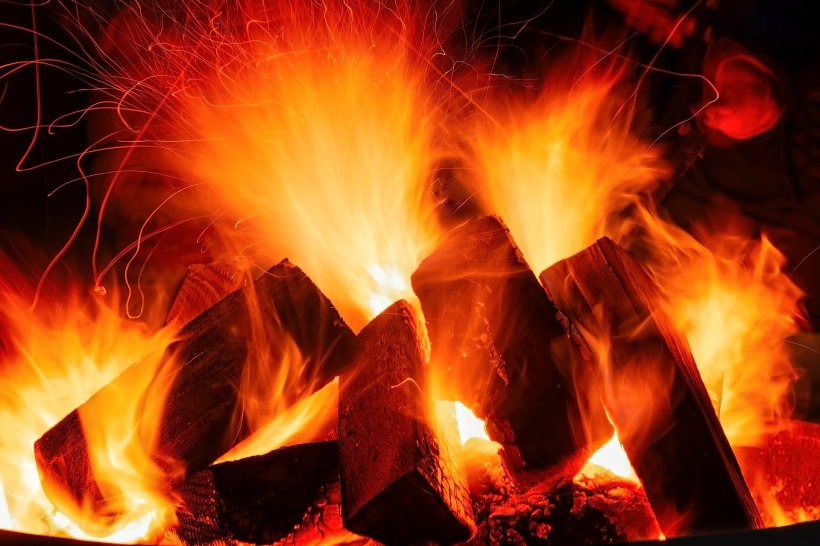 Self-Love is an internal spiritual power.

Good Power is about peace and harmony. Compassionate people nourish others with loving-kindness. Good Power is a Fire that burns with the fuel of Love and with a yearning for all beings to be happy and safe and blessed and living in freedom.

Bad Power is about domination and control. Abusive people crave and nurture it in their relationships and in their work. Bad Power is a Fire that burns with the fuel of anger and with selfish desires to satisfy immediate pleasures.

Let’s work to help heal the wounds that are at the roots of the Bad Powers.

Let’s activate our Good Powers in all directions! Let’s fuel the Fires of Goodness!

Good Power begins within each heart.

Are you loving yourself totally and fully?

Photo by Tama66 on Pixabay. 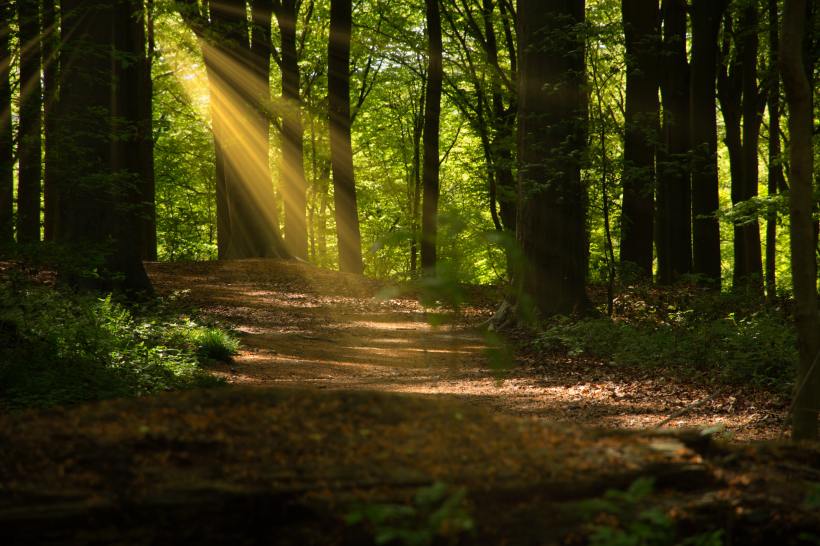 “The wound is the place where the Light enters you.” ~ Rumi

All evil and “sins” arise from wounds.

As one human global tribe, we should make the healing of wounds a top priority.

So many issues will be resolved by healing the people’s wounds.

The Forces of Goodness are all around us and inside each of us. Even people who have “gone to the dark side” have those Forces of Light deep within. Those Forces are available and ready to help us heal all the wounds. Let’s activate them and Shine Healing Light Everywhere.

When the Light Rises and Radiates through every dark corner, we will all love each other in the Sunshine!

Photo by Emiel Schalck on Unsplash.