This Winter I saw Star Wars: The Rise of Skywalker at the theater four times… So then in quarantine this Spring, I decided to read the Sequel Trilogy junior novels by Michael Kogge, and I enjoyed them so much that now I am going to read all nine junior novels!

Getting lost in the Star Wars Universe is perfect mind-gladdening medicine for me while the grief is still so raw about my Dad dying, and while the world is going through such a dark time.

The struggle in the Force, between the light and the dark, feels so real, and ignites hope-sparks in my spirit.

I am especially looking forward to reading the fourth episode, Star Wars: A New Hope, because that was the first movie that came out in 1977 when I was seven years old, and my parents took us to see it at the drive-in theater. It was so awe-inspiring to see Star Wars under the starry sky, but I’m fifty years old now, and I can’t remember the plot at all!

Growing up I saw the original trilogy, but I missed the next trilogy because I was busy with my young sons… So I kinda forgot about Star Wars until 2015 when the Sequel Trilogy began… And I was so amazed by Star Wars: The Force Awakens… I remember saying at the time that if everyone saw that movie we could have a massive spiritual awakening on the planet!

I also really loved Star Wars: The Last Jedi… and then The Rise of Skywalker is my favorite movie ever! I simply cannot understand all the complaining going on about these last two episodes. To me, they are incredibly brilliant and hope-sparking.

Recently I read a cute article about an online conversation that some Star Wars fans had with LucasFilm Story Group Creative Executive, Matt Martin. The fans were upset about Disney changing what was official Star Wars canon. I thought his replies were pretty great, including this one: “It’s all fake anyway so you can choose to accept whatever you want as part of the story.”

I want to see the Light win in our *real* reality!

With hope in the Force,
Jedi-Wannabe, StarFire Teja 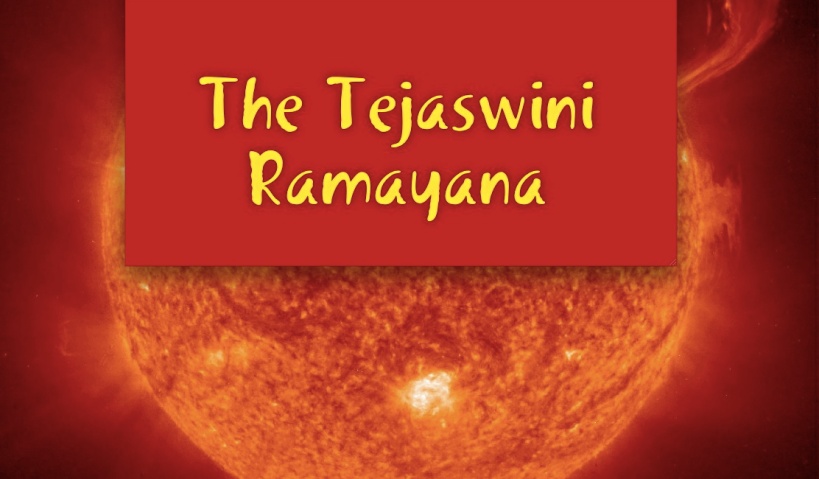 Recently my Mom, who is Catholic, was reading my version of the Ramayana, and one morning she said that she was struggling with some negativities, and then she thought, “I need Shiva to remind me that I’m a positive person!” She jokingly told me that the alarms should have been sounding!

In my version of the Ramayana, Lord Shiva makes a Plan for helping to keep the Avatars elevated. You see, even Divine Incarnations cannot always remember their divinity because they are in human bodies which are susceptible to great forgetfulness. Most of us regularly experience this spiritual amnesia, which is why we need frequent reminders of our divine nature. That is why I do daily spiritual practices and that is also why I work to inspire others to do spiritual practices. When we remember who we truly are, we feel happier and more positive about life.

The joke about the alarms sounding refers to a strategy that Shiva devises in my version, The Tejaswini Ramayana: The Way of Rama in the Shakahara StarFire Universes, to help keep the divine monkeys elevated. When you read this ancient tale, embellished with my touches of fantastical science fiction elements, you will see many ways that it applies to your daily life.

I very much look forward to hearing from you about how this book applies to your life!

Please order your copy today on Amazon:
The Tejaswini Ramayana: The Way of Rama in the Shakahara StarFire Universes

Merry Holydays to Everyone from StarFire Teja, author of The Tejaswini Ramayana: The Way of Rama in the Shakahara StarFire Universes. This new version, of the timeless fantastical epic tale from India, is a fusion of ancient sacred scripture with elevated futuristic vision. There is something for everyone to enjoy in this fabulous story that has enchanted millions of people through the ages. This version of the Ramayana is now available on Lulu. Purchase your happy copy today, by clicking on this “Happy” link: Happy!

Happy New Year 2019 to All the Beings in All the Realms!